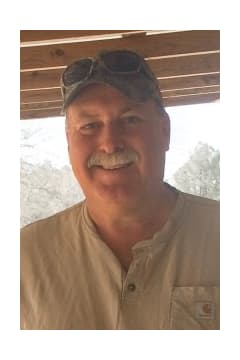 Northport Funeral & Cremation Service family extends our warmest condolences and heartfelt sympathies to the family of Mr. Terrance Weber. Mr. Terrance “Terry” Weber, age 60, of Ralph, Ala., passed away November 14, 2019 at home. Celebration of Life service will be 2 p.m. Saturday, November 23, 2019, at his beloved cooking shed.
He was preceded in death by his father, Clarence Weber; and mother, Marie Weber.
Survivors include his life partner and best friend, Barbara Patrick of Tuscaloosa, Ala.; son, Wesley Weber (Lacey) of Fosters, Ala.; sisters, Tammy Telle (Ronny), Tommie Colburn, Tracy Scruggs (Johnnie) and Trudie Sims (Mike); nieces and nephews, Valarie Rubio, Ashley Colburn, David Rubio, Clayton Colburn, Greg Colburn and Jackson Bibby; special brother-in-law, Sammy Colburn; grandchildren, Cash Weber and Stella Weber of Fosters, Ala.
Terry was a simple man with a not so simple love. He lived his life not by what he had but what he gave…Quality over quantity. Put the phones down and look at what’s around you. He lived his life showing his grandchildren, family and friends just that. Be present! Terry was loved by so many it’s hard to describe. He volunteered his time to Meals on Wheels foundation and also volunteered with the Kentuck Arts Festival. If he wasn’t doing that he was watching his grandson play sports (he never missed a game) or cooking. You could always count on him to have grills going probably cooking his famous baked beans whose recipe will literally go to the grave with him… “stingy man”. With all that being said, Terry has left a large hole in all of our hearts. We now have to figure out how to live our lives without him. It won't be easy, but we are all better people for knowing him and can show a little bit of Terry to the rest of the world. We all need to live like he did. Ashes to ashes, dust to dust. Nothing lasts forever. People leave our lives, but what lives on is how their actions can forever change us. With Terry, there is no better example.
Pallbearers will be Cash Weber, Wesley Weber, Jeff Gregory, Sammy Colburn, David Rubio, Ron Barton, Greg Colburn and Clayton Colburn.
Honorary pallbearers are Randy Pate, Tommy Randolph, Darryl Brown, Scott Wilson, Chris Besset, James Boone, Brill Kirk, Ken Hall, Tommy Whitfield, Carl Elabash, Mark Powell, Shawn “PeeWee” Tierce, Terrence Davis, and all family of Robertson BBQ and Nick’s Filet House, Harco, Rite Aid, and James and Ben Harrison families.
In lieu of flowers, make donations to Meals on Wheels, Children’s Miracle Network or Kentuck Arts Festival.

I have known Terry since we were in 2nd grade, at Holy Spirit. I have never met anyone who had a sincerely sweet and kind heart. Everyone who knows Terry, was so fortunate to call him friend. My love and prayers to his family. We are heartbroken. Heaven gained a very special angel.
- Maureen N
I am deeply saddened to hear this about Terry. Met him years ago on the softball field. Our paths would cross every now and then. He always spoke and remembered me. What a great guy. Terry will be missed!
- Scott Roland
RIP Terry. You will be missed deeply. Best GM Rite Aid Distribution Center
- Shelisha Jones